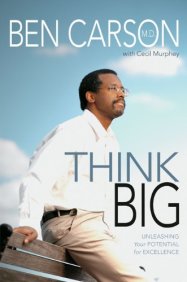 Last night, my younger sister and I were fortunate to have received the opportunity to watch Dr Ben Carson being interviewed live on stage at the Telstra Clear Pacific Events Centre, Manukau City. On our way to the venue, traffic congestion was the first indication that this was going to be a magnificient night.  With an audience of about 2000 (or more), my younger sister and I could not help but feel the excitement that was buzzing in the atmosphere.  As we looked around, the arena was filled with school children and families of different ages and ethnicities. It was indeed an incredible turn out!

The Seventh Day Adventist Church hosted this evening with Dr Ian Grant and Petra Bagust as the interviewers.  Dr Ian Grant is a well known and much loved New Zealander. Ian and his wife Mary’s passion for helping parents to raise great kids has resulted in TV and Radio shows, seminars, conferences, books and resources. In 1993 they founded Parents Inc which has helped hundreds of thousands of New Zealand families.  Petra Bagust has been involved in a range of roles in New Zealand Media and she is currently the co-host of TV1’s Breakfast show. She is also a devout Christian.

The night began with a couple of soulful song performances by DAY 7, who are a large group of New Zealand Pasifika Men who sing Gospel songs and they have performed throughout New Zealand as well as overseas. Their strong and beautiful harmonies set the mood for the evening. I couldn’t help but go teary eyed at their voices!

Dr Ian Grant and Petra Bagust took to the stage to welcome audience members and then they had the honour in introducing Dr Ben Carson. What was great about their introduction of Dr Ben Carson was that they had shown a brief video montage of his life which included snippets of his movie “GIFTED HANDS: THE BEN CARSON STORY” before they brought him on stage. Dr Ben Carson’s wife was seated in the front as part of the audience with the other special guests that had attended.  Here’s link to the movie trailer:

When Dr Ben Carson was invited up on stage, the audience started clapping, some cheered and others stood up from their seats to welcome him on stage. My sister and I were so excited!  The interview was conducted in three segments, with members of DAY 7 who sung in between the segment breaks.  The interview was so captivating!  Dr Ian Grant and Petra Bagust did a wonderful job in interviewing Dr Ben Carson. I have seen Dr Ben Carson’s movie, read his books but I had never ever imagined that I would be able to see him in person speak truth to his life. What a blessing! 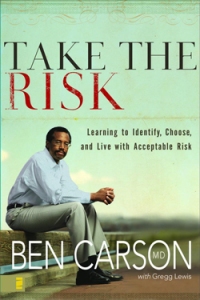 Furthermore, Dr Ben Carson gave parenting advice. He emphasised the importance of igniting your children’s interest in reading books by starting with them at a young age and that the first responsibility ultimately lies with you as the parent. His Mother was illiterate at the time she had encouraged him and his brother to read books which was a shining example, that with a determined spirit, all things are possible. It was fitting that my sister was there as she has a 2 year old daughter. My sister and I kept nudging each other while Dr Ben Carson spoke and we whispered to each other; ‘we should do that’, ‘oh Bubba will have her own wall length book case filled with books by the time she’s 5‘ and we giggled. We agreed with everything that Dr Ben Carson had advised about parenting and especially the importance of investing your time in your children.

During one of the segment breaks, everyone (about 2000 people or more) was asked to stand and together we sang How Great Thou Art! I was all teary eyed at this point. I sang my heart out (poor people who sat near me lol!) and as I sang I felt so grateful to be there to hear Dr Ben Carson speak in an environment which was Christian based. It was truly heart-warming!

Dr Ben Carson also spoke about the anatomy of the brain and how ‘God has given us more than fourteen billion cells and connections in our brain and that we should use it‘.  He consistently acknowledged his faith in God and how that has helped shape him as a person. He boldly stated last night ‘God gives us gifts and talents and you need to discover that, recognise what they are and develop them which will in turn help you and also contribute to the betterment of mankind‘. He mentioned in one of his comments ‘we must engage in the re-awakening of the can do spirit rather than indulge in the what can you do for me way of thinking‘ and as a response the entire arena was filled with applause. 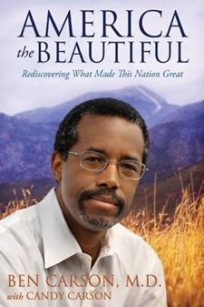 With the release of his latest book America the Beautiful last month, he acknowledged last night that he co-wrote this book with his wife. He then spoke of the positive impact that she has also had in his life. When he was still studying at Yale University, USA, there was a point where he was struggling with his workload and it was his wife (his girlfriend at the time) that had encouraged him to read more. He did just that, continued to work hard and he successfully completed his course of study. What a wonderful acknowledgement of his wife! I am looking forward to getting my hands on a copy of this book YAY!

At the end of the interview, Dr Ben Carson was asked to say a prayer for eveyone that was in the arena. This came as a surprise and you know what? Dr Ben Carson then looked out into the audience and asked us to stand as he prayed. WOW! Once he had finished his prayer, he remained on stage and the entire audience that filled the arena gave him a standing ovation. It was so awesome!

The interview was extensive and this recount is only a snippet of what was discussed last night. I wish that I had the chance to shake Dr Ben Carson’s hand and also to ask him sign my books that I have of his but unfortunately due to the large number of audience members, the organisers whisked him away once he had walked off stage lol! Nonetheless, my younger sister and I were so glad and truly grateful to the organisers for providing our Auckland community with a wonderful opportunity to hear Dr Ben Carson speak live. What a blessing indeed!

There was a question that stood out for me and it was when Petra Bagust asked Dr Ben Carson “What does success look like to you?” and his response was truly humbling! Immediately after the question was raised, he stated, “Success is using your talent that God gave you to uplift others”. The entire arena was filled with applause and I was teary eyed once again!  It was such an amazing night. Dr Ben Carson is truly an inspirational speaker. He is a man of humility, a man of success, a man with a big heart but most of all he is an extraordinary man of God!

I hope that they sell DVD’s of Dr Ben Carson’s talks here in New Zealand. It would surely be great to have a copy of last night’s interview.  I’ll end this post with this short piece which was filmed a while back: