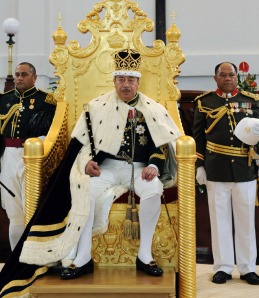 Tonga is mourning the passing of King of Tonga Siaosi Tāufaʻāhau Manumataongo Tukuʻaho Tupou V (aka King George Tupou V) , who passed away on Sunday 18th March 2012 at 3pm in Hong Kong hospital. By his bedside was the heir to the throne, Crown Prince Tupouto’a Lavaka. King George Tupou V was 63 years of age.

Prime Minister Lord Siale’ataonga Tu’ivakano delivered a brief address officially announcing the King’s passing. The prime minister declared that the royal family and entire nation was in mourning, ending his address with a Tongan expression meaning “The sun has set” (click on this link for the Tongan announcement:  Tongan Prime Minister’s Address). 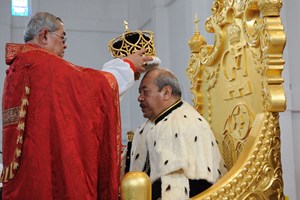 George Tupou V was crowned King of Tonga in August 2008. King George Tupou V had ruled the nation of 106,000 following the death of his father, King Taufa’ahau Tupou IV, who had ruled Tonga since 1967.

New Zealand’s Prime Minister, John Key, said that “Tupou V made a very valuable contribution … in steering Tonga toward democracy.  He believed that the monarchy was an instrument of change and can truly be seen as the architect of evolving democracy in Tonga. This will be his enduring legacy.”

King George Tupou, who studied at King’s College in Auckland, New Zealand, and in Britain, is being remembered for being the architect of a democratic Government in Tonga. He advocated the technological improvements and introduced a more open economy in the kingdom.

Moreover, US President Barack Obama stated that “upon 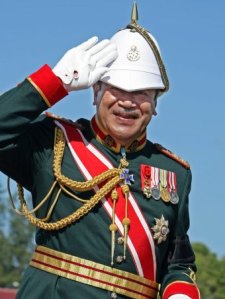 ascending to the throne, King George championed a process of peaceful democratization that led to the first majority elected parliament of Tonga taking office in 2010.  The United States has lost a friend and the people of Tonga have lost a visionary leader. On behalf of all Americans, I extend my deepest condolences to the Queen Mother Halaevalu Mata’aho, the royal family, and the people of Tonga on the passing of King George Tupou V.”

In addition, NZ Labour Party leader David Shearer also offered his condolences.  He described King Tupou as an active supporter of change, known for his colourful style and charming personality.  “He was held in high esteem across the Pacific. He worked tirelessly to continue the close relationship between New Zealand and Tonga.”

Furthermore, editor of the Times of Tonga Melino Maka stated; “He was the architect of Tonga moving into a more democratic system as we are seeing now. There’s a major legacy that he left with us.  Over the past five years he has grown in terms of his popularity, very close to people.  He had given money away to charity and things like that. He has over this very short time won the hearts of the Tongan people.” 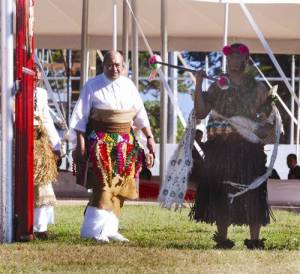 Tonga will hold a state funeral for King George Tupou V on March 28th 2012.  Government spokesman Paula Mau said King George V body will be flown home and arrive in the small Pacific island nation on Monday. The body will lie in state for two days at the royal palace in the capital, Nuku’alofa, before being transported about 300 meters to the royal tomb.

It is expected that thousands of Tongans (in Tonga) and many foreign dignitaries will attend the State funeral to be held next week in Tonga. Tonga has begun three months of official mourning. Wearing black is encouraged and celebrations and music are discouraged in Tonga. Officials say the monarch will be given a traditional Tongan burial and will be carried to his resting place on an ornamental platform held aloft by 150 people.

As a Tongan, I humbly offer my condolences to the Queen Mother Halaevalu Mata’aho, the Tongan Royal family and the people of Tonga who are mourning the passing of King George Tupou V in Tonga and around the world. 😦