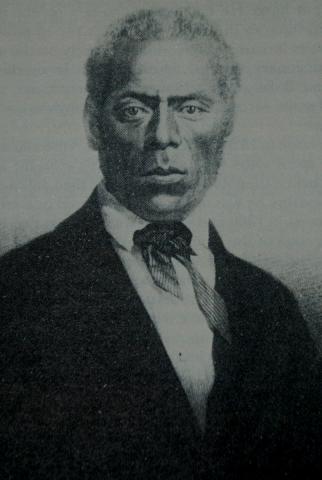 Here in New Zealand, today is marked as a public holiday for the celebration of Britain’s Queen Elizabeth’s Diamond Jubilee. Whilst, in the Kingdom of Tonga, June 4th is marked a national holiday in celebration of Tonga’s full independence from Britain. On this date in 1862, King George Tupou I (pictured on the left) abolished the system of serfdom in Kingdom of Tonga and today Tonga celebrates 150 years of emancipation!

I am a New Zealand born Tongan and in celebration of Tonga’s Emancipation Day, I have selected a song that was written and performed by Three Houses Down entitled Keep Your Culture. This band consists of Tongan and Samoan members who reside in Auckland, New Zealand. As featured below, the music video for Keep Your Culture was filmed in the Northern terrority of the North Island of New Zealand on the property of a Marae (a traditional Maori meeting house). The founding members of this band, Robert Pome’e, Sione Pome’e, Charlie Pome’e and Lisiate Langi, are my family members. It has been a joy to witness the vision behind the formation of the band flourish into what it is today. What a journey so far! What inspirations!

In addition, here is a thought provoking reflection that was written about Tonga’s Emancipation Day by my cousin ‘Ofa Guttenbeil-Likiliki. ‘Ofa, a New Zealand born Tongan is now living in the Kingdom of Tonga along with her family. Currently, ‘Ofa is the Director of the Women and Children Crisis Centre (WCCC) in the Kingdom of Tonga. She is an inspirational Tongan woman indeed! I hope that you enjoy her following reflection:

“I had a great conversation with Nasili this morning about Emancipation Day – as a result I put my thoughts together for this short refelction….

Today I am taken aback with a hard-hitting reminder of just how proud every Tongan should be of our Emancipation, hence the development of our Constitution. For example, I had always taken for granted that our Constitution had never been replaced or challenged. I was surprised to discover that for a short period during the reign of King George Tupou II, the 1900 Treaty (and its 1905 Supplement) had more authority then the ‘then’ 25 year old Constitution. This could have taken a different course for Tonga if it had not been for the late Queen Salote Tupou III who successfully reinstalled the Constitution’s supremacy during her reign.

Of course, had not King George Tupou I taken a leap of faith in developing the Vava’u Codes and the 1862 Code and then eventually the 1875 Constitution – Tonga could have easily been colonized like the rest of her Pacific Island neighbours. What has caused me to step back, pause and celebrate Our Emancipation, Our Constitution is that it was groundbreaking for its time – to have core principles of Human Rights embedded right from the its inception. This in light of the fact that the Universal Declaration of Human Rights was established 73 years after.

With this in mind as I reflect on which has been more applicable to Tonga’s Constitutional Monarchy and her passage over the last 150 years, has it represented stability? I would say definitely! particularly at the time of its inception where many countries throughout the Pacific were undergoing colonization. When you consider that 6 Monarchs have survived through 150 years of political history, I guess you could agree that stability has in fact run its due course.

Fairness?, Well you know the irony here is that the main thinking behind fairness is logically linked to a Constitutional Democracy. But after going through the literature review on Tonga’s Constitution, I may beg to differ here, if I may.

First of all, I do agree that that there are loop holes in the Tongan Constitution and in a large part it has to do with unfairness. For example, women are still not able to register property (to own) and Discrimination is only on the grounds of class, race, ethnicity and religion. It still does not recognize gender. But having said that, with the new found appreciation that I have acquired, I believe that the Monarchy (with its absolute powers) have also made huge watershed transformations – that I guess you could classify as turning things from unfair to being more fair – a few examples;

• King George Tupou I : 1875 – Constitution was promulgated: most significant was the Declaration of Freedom granting every Tongan subject freedom from slavery
• Queen Salote Tupou III : 1951 – granting women the right to vote and stand as candidates in the general elections. She was also instrumental in amending the land hereditary laws to allow a female who had no brother to register her parents land to her first born son.
• King George Tupou V : 2008 – relinquishing his monarchical powers in the running of government and parliament to allow a more democratic form of government

The Constitution itself has also ensured to protect fundamental freedoms, despite the absolute powers of the Monarchy (and this has been helped by having an independent judiciary). For example, the amendments made to Clause 7 of the Constitution (by cabinet and passed three times by the then Legislative Assembly) to restrict the powers of the media was held by the Supreme Court to be unconstitutional as it conflicted with the laws of liberty.

So, I would like to think that with the examples I have given that it almost mirrors the thinkings of Aristotle and Plato on the ideal form of government! Funny isn’t it!

Reflecting on our history of Emancipation and the development of our Constitution has given me a better appreciation and respect for the Tongan Constitution: the complexities of its development, how it had initiated groundbreaking rules, and its commitment to liberty. Unfortunately – respect can be interpreted negatively meaning to ‘preserve as is with no or little change.’ But I think I have shared some pretty good examples of how despite achieving emancipation and a ground breaking constitution that is now 137 years old, major changes have occurred and Citizens of Tonga need to celebrate these changes and continue in the same spirit that they were made.

I am indeed proud of Emancipation Day today and its 150 year old journey…..HAPPY EMANCIPATION DAY TO ALL TONGANS HERE AND ABROAD….